What a Gay, Muslim, Pakistani-American Immigrant Learned Traveling to Rural Alaska the Week Before the Election 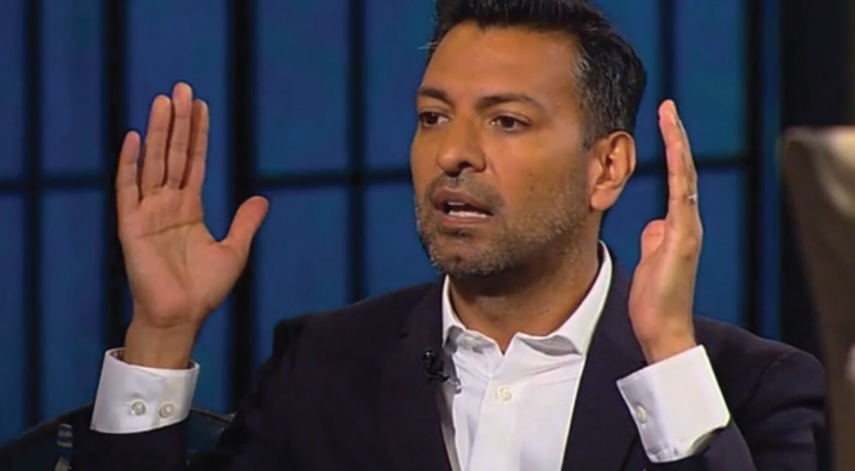 I know this is a devastating day. Considering the toxic levels of hatred and division unleashed over the past few years of campaigning, either outcome was going to be a bitter pill for HALF of our nation to swallow. Like all forms of mourning, it will take time to heal as we mourn the loss of our version of the next four years.

But notice I said OUR version. Because there is another one. And that one not only has a lot of supporters, but has legally and definitively asserted it’s right to be heard. It’s a perspective I didn’t know a lot about until recently.

A few months ago I sat down with Glenn Beck for an intense chat about hate in America. At some point he questioned why I lumped all “White Americans” together when expressing a particular point of view. I thought about that a lot.

So, the next day I decided I needed to understand the election from a perspective other than my own. On my drive to work I found a Conservative radio station. The morning after, I found another. And ever since, thanks to the power of satellite radio, I’ve been crisscrossing the country, popping in to listen to local call-in shows.

There exists a HUGE population in America who are desperately struggling to feed their families.

They are tired of being called “dumb,” “bigoted” and “racist.”

And, based on the shocked expressions of every anchor last night that all their polling data was off, apparently they aren’t even really counted.

I was feeling such a groundswell of their frustration and unhappiness – and even the strong possibility of a Trump victory – that I decided last-minute to travel with my husband and our six-month old daughter to Ketchikan, Alaska the weekend before the election.

Why? Because I wanted to meet these people. And I wanted them to meet me. Before we had a “Winner.” How else would we understand each other beyond the “black” and “white” which we BOTH have been painted, non-stop, in this vicious election cycle.

So, I went to breakfast at The Landing on Tongass Avenue and discussed the stakes of the election with third-generation fisherman and learned that their whole life’s work was at stake based on potential Clinton fishing regulations. I talked somewhat fervently about the cancer that is radical Islam with Nicole & Jim, who ran the Black Bear Inn and discussed how we all feel unsafe these days. And I chatted with Paula, the 30-year bar manager, who explained that almost all of Alaska is owned by the federal government so each vote in this community is REALLY about their ability to support their families.

Over the course of two days, I met lovely people. Some I agreed with and some I didn’t. Some of them had met a Muslim before and others hadn’t. But all asked me earnest questions about my background, and I asked about theirs. No question was offensive because the intention was non-judgmental.

On my flight back, I realized that for many of us supporting Hillary, this election was about incredibly important social issues. It was a moral election for us. To most of the people I met on my trip, it was about survival. Literally.

So when I read Facebook/Twitter posts this morning vilifying 50% of the country for being dumb or racist, I remember Nicole, Jim & Paula and I know that’s not true.

But how would I know that if I didn’t meet them and talk to them with an open mind? Only by pulling up a few chairs to PERSONIFY the people we think we hate, will we move beyond “black” and “white” to the way the world really is: grey. Grey is the only way.

As I walk around my office today, people are in shock. It’s no surprise people are surprised by the results when they refused to let an opposing viewpoint in. What did most of my Hillary supporting friends do when someone disagreed with their politics on Facebook? They “Unfriended” them. And when even Jake Tapper on CNN makes the mistake of saying “we” instead of “she” as he refers to winning Connecticut, we have to realize we are in one giant echo chamber that extends to almost everyone we speak to and almost every place we get information.

This morning, I am not surprised by the result. But I am slightly impressed by the notion that all the celebrity power and campaign money in the nation was not enough to continue to mute these Americans. They simply went to the polls and voted for what was best for their family. Just as we all do. And they won. Fairly.

Now, before the chat threads blow up below this article, I am not denying that some Trump supporters are racist. Of course. But some Muslims are terrorists.

The point is NOT ALL.

I’ve seen the clips of bigoted slurs being thrown out at Trump rallies. But, as a TV producer, when I watch the footage aired, there aren’t a tons of incidents. It’s a couple each time, played many, many times over. But if a group of twenty idiotic Trump supporters yell ethnic slurs, is the entire stadium “racist” by association? No. If a Black Lives Matters supporter says it’s “open season on whites” is that a true representation of the movement? No. Should I be viewed with suspicion because I am a Muslim and some are terrorists? No.

The worst outcome of the election is that we have each been reduced to a series of broad labels that no longer reflect who we are. Mexican. White. Republican. Immigrant. Muslim. We may try to look at people as “labels” but we’ll never truly see them because THEY do not look at their own lives & families as labels. If, in the misery of this morning’s election hangover, we choose to continue to refer to Trump supporters as one collective “Them” I think that is as offensive as anything else I’ve heard in this election cycle and as ungracious as anything we feared from Trump supporters in the defeat we assumed would be theirs.

I think a key part of beginning to heal is realizing Trump is not his supporters. Who he is and how he campaigned are truly distasteful to me. But his supporters are not him. They voted for a variety of reasons that are important and personal to them. And when I was with them this past weekend, everyone I came across showed me kindness & humanity. I hope, for their sake, the quality of their life improves. And that they are able to continue to work and provide their families with a safe and loving home.

A home into which I hope to be invited.